Massachusetts teachers’, public safety officers’, and public workers’ pension benefits are entitled to certain protections under state law and affirmed by court rulings. At the same time, the state does have some legal precedent that allows them to change particular aspects of retirement benefits.

In other words, Massachusetts pension laws allow parts of public pension benefits to be changed by future state laws, but only certain parts of those benefits.

In the case of Massachusetts, state law may allow the Legislature to change employee benefit calculations. They have previously made changes in 2009 and 2011, but these were never challenged in court. It is unclear if this would be upheld if public workers challenged such changes.

In 1973, the Massachusetts Supreme Court found that increases to workers’ employee contributions, without an increase in benefits is prohibited, but may be allowed in limited circumstances. However, this has not been attempted.

What’s unclear is whether Massachusetts can shift workers’ vesting periods or retirement age, because this issue has not been brought to court and there is no existing law explicitly prohibiting this change. 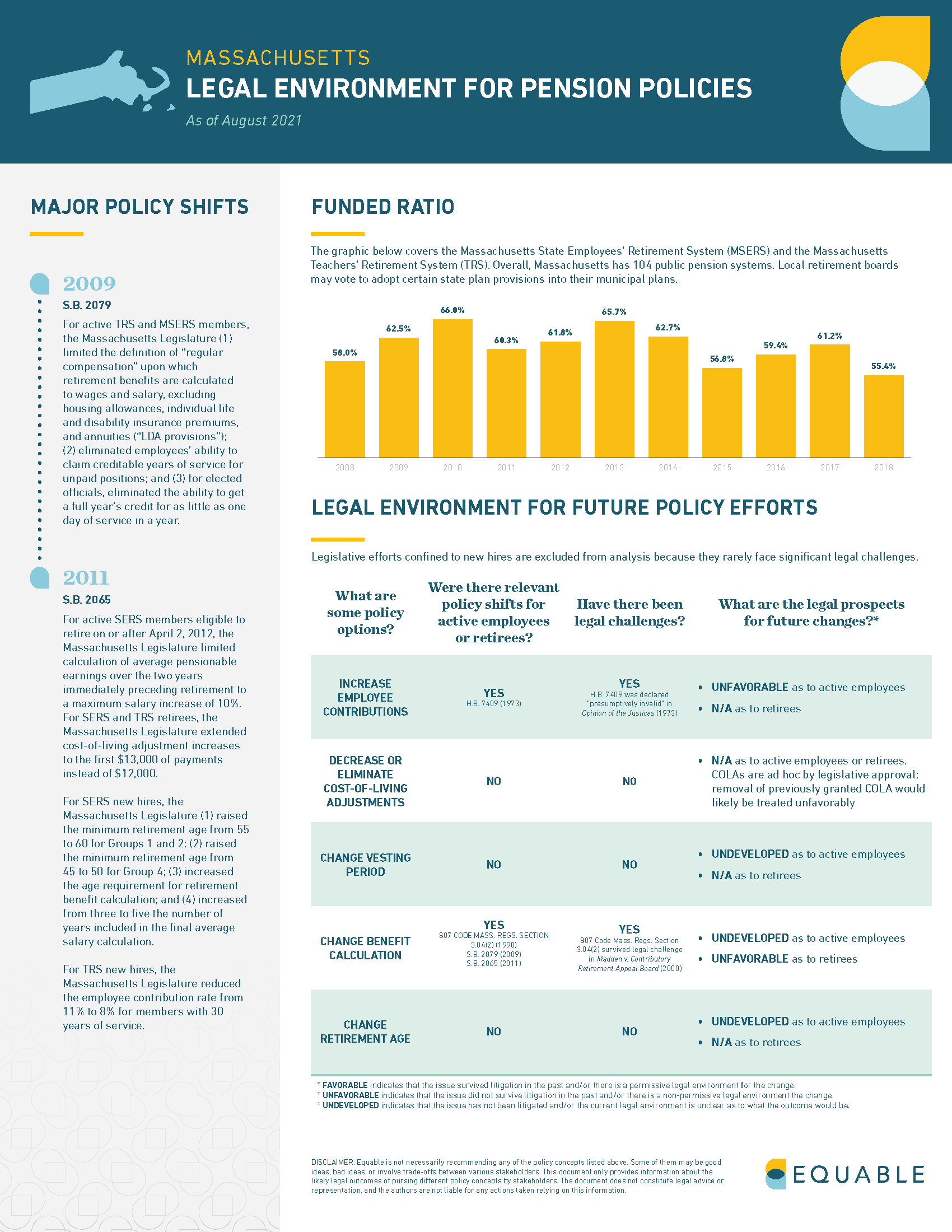 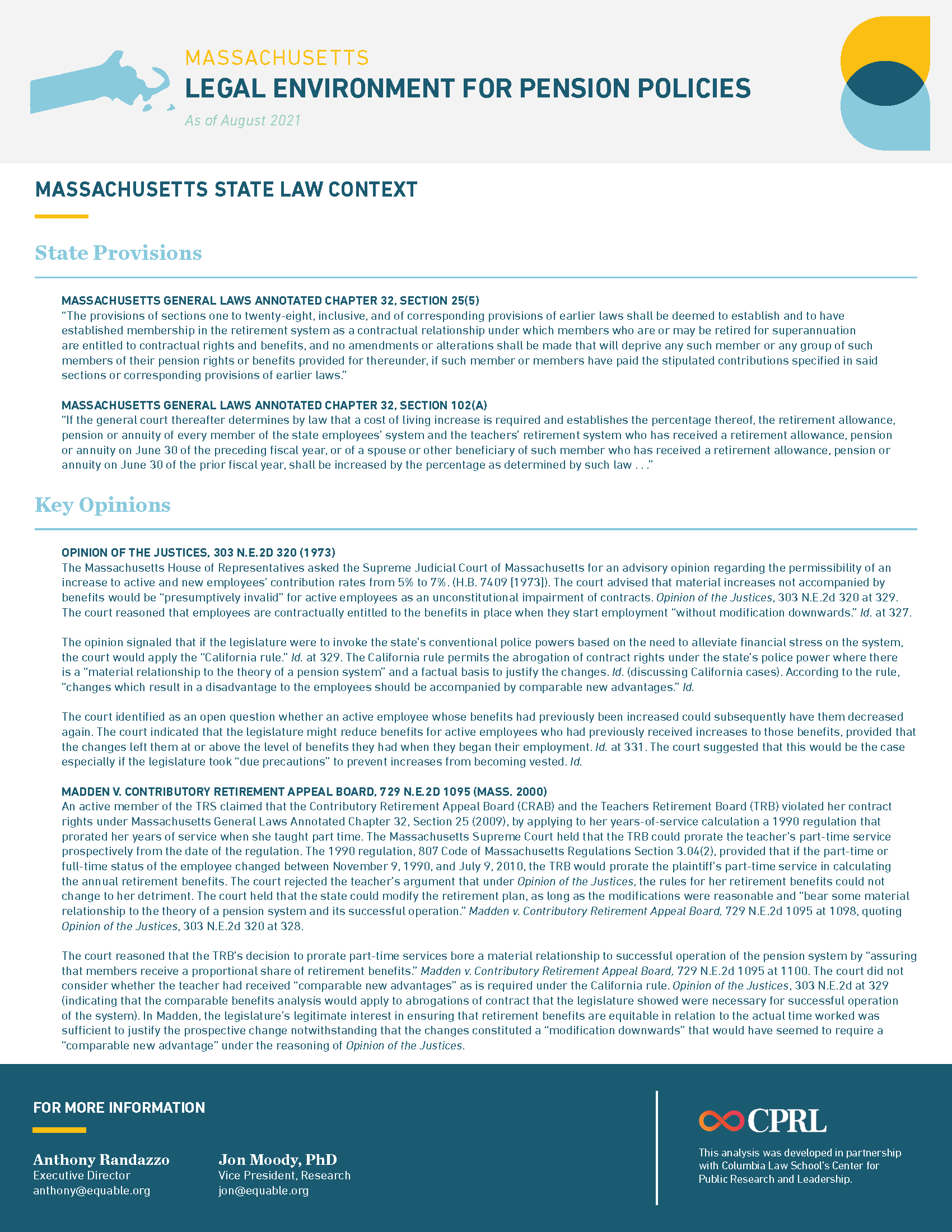 There are over 340 sets of benefit provisions available to new hires in the public sector, as of August 2021 — plus hundreds more retirement […]

Investment returns make up more than 60 percent of the revenues that public pension plans need to ensure their financial stability, so it’s imperative that […]