New Jersey teachers’, public safety officers’, and public workers’ pension benefits are entitled to certain protections under state law and affirmed by court rulings. At the same time, the state does have some legal precedent that allows them to change particular aspects of retirement benefits.

In other words, New Jersey pension laws allow parts of public pension benefits to be changed by future state laws, but only certain parts of those benefits.

In the case of New Jersey, state law allows the legislature to decrease cost-of-living adjustments for public workers. In 2011, they did just that, mandating that COLAs could not be handed out until the retirement systems reached a funded ratio of at least 75%, with the exception of COLA increases promised to retirees before the law went into effect.

Some public workers sued the state in an effort to have that part of the law overturned, but a judge ruled it was in the best public interest to keep it in place.

Changes have also been made to employee contribution rates — the Legislature in 2011 enacted phased contribution rate increases for members of the Public Employees’ Retirement System (PERS) and Teachers’ Pension & Annuity Fund (TPAF) that would lead to a 7.5% contribution rate, and raised the retirement age from 62 to 65.

What’s unclear is whether New Jersey can shift workers’ vesting periods or benefit calculations, because neither of those issues have been brought to court and there is no existing law explicitly prohibiting these changes. 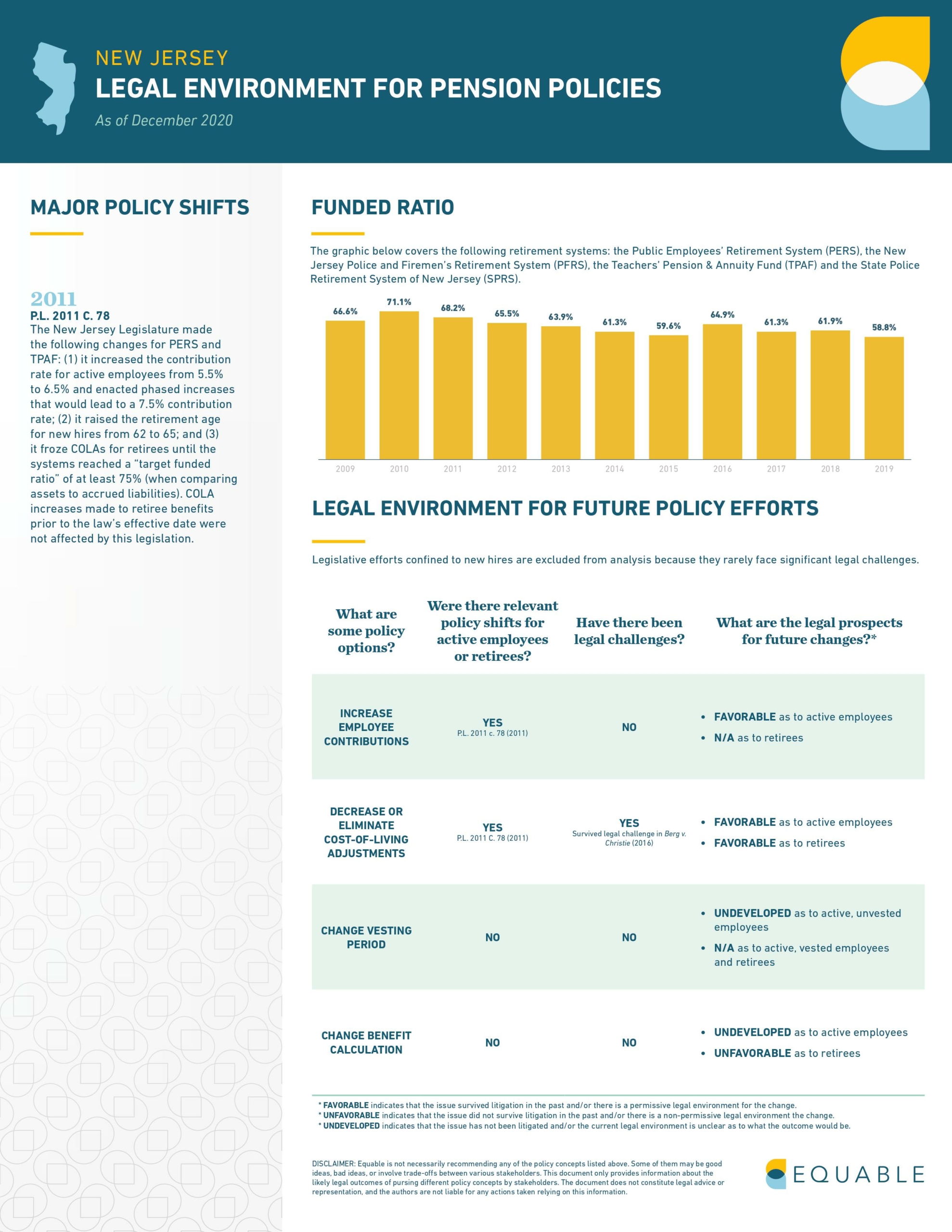 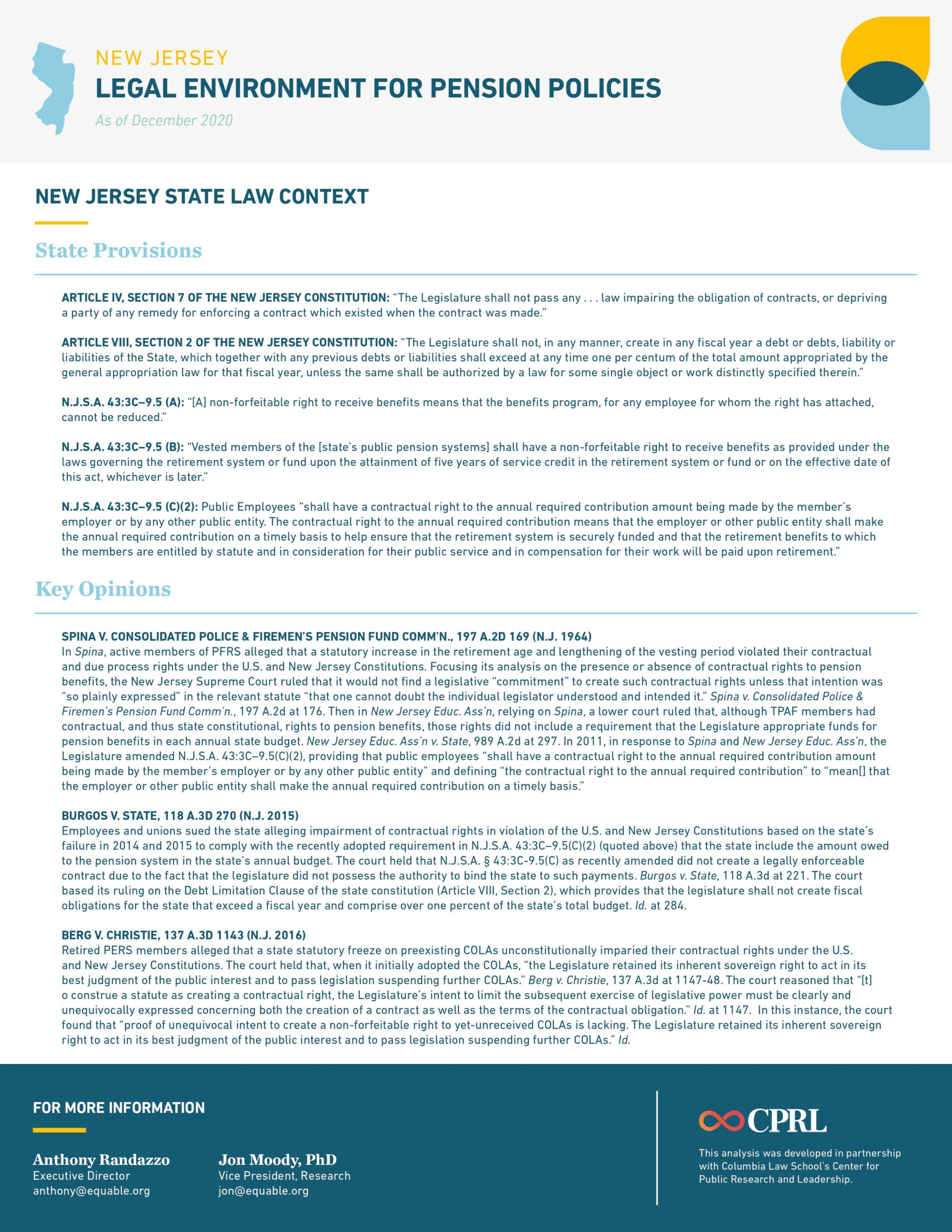 New Jersey is highly likely to reduce or delay its public pension contributions because of the coronavirus, according to a report from S&P Global Ratings […]

Montana teachers’, public safety officers’, and public workers’ pension benefits are entitled to certain protections under state law and affirmed by court rulings. At the […]

Commentary: Pension Funds Should Not Engage in Politically-Driven Divestments