State of Pensions 2021 Explained: Unfunded Liabilities as a Share of State Economic Output

A common metric for measuring the fiscal health of a pension plan is the funded ratio. But on its own this metric doesn’t tell us everything we want to know about the pension plan. It is also important to consider how good or bad a pension plan’s funded status is relative to the size of the government that created it. 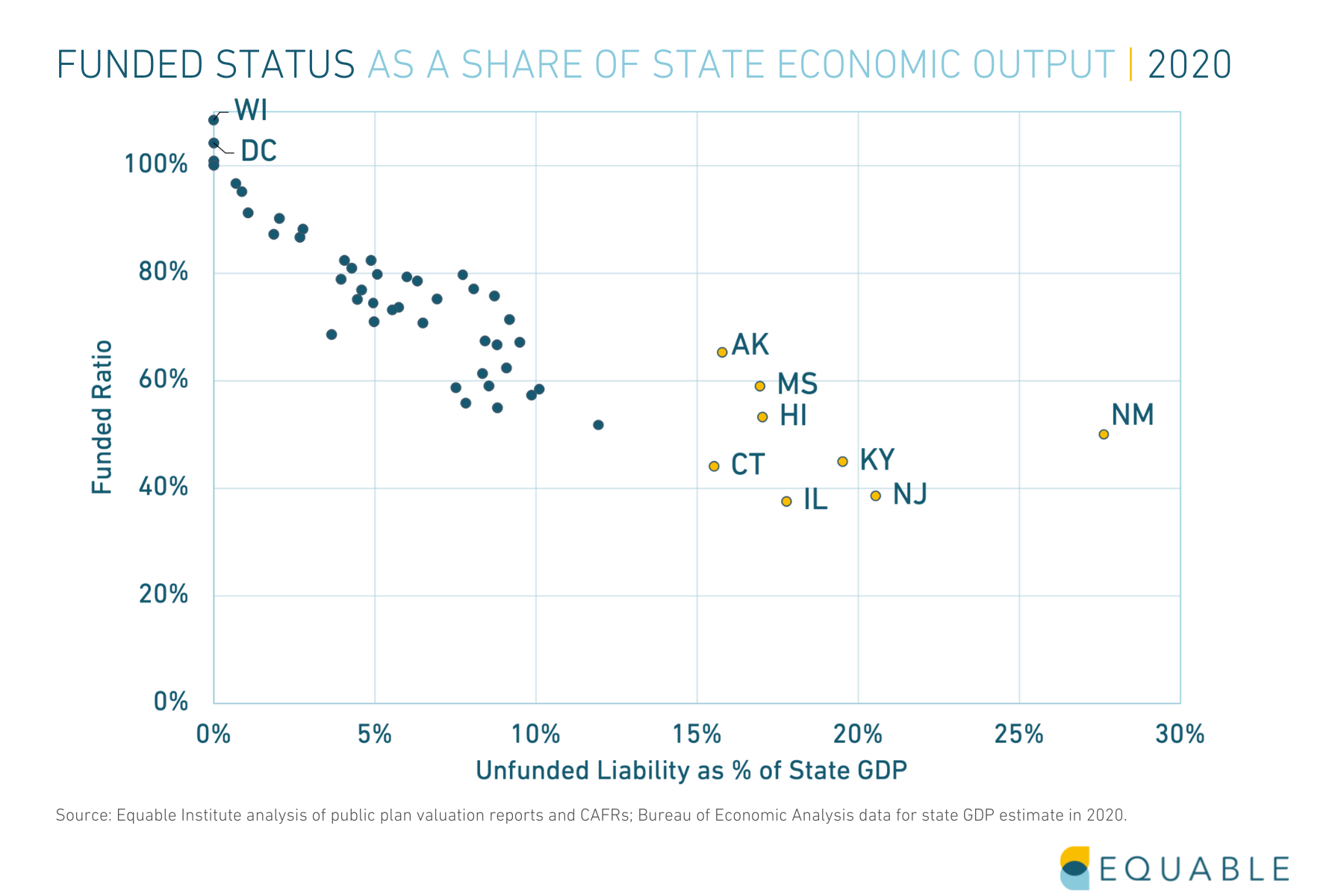 As a Percentage of GDP

For example, a low funded ratio may signal problems for the health of a retirement system. But if the pension fund itself is relatively small compared to the budget of the government sponsor, then the situation may not be as dire as it appears on paper. Arizona’s pension fund for elected officials (closed in 2012) is 31% funded, but is so small that means the unfunded liabilities are “just” $650 million. That’s certainly a lot of money, but compared to the $40 billion state budget or $360 billion state economic output, it is a manageable sum.

Understanding the size of unfunded liabilities relative to the size of a state’s economy gives a sense of what scale of resources will be needed from a local tax base to improve funded status. In 25 states, unfunded liabilities are more than 6% of state GDP; and in 9 states the collective funding shortfall for statewide pension plans is over 10% of state economic output.

Last year we said the pandemic would lead to higher unfunded liability to GDP ratios because of increasing funding shortfalls and economic contraction, but federal dollars from the American Rescue Plan is likely to mitigate much of the expected GDP decline.

As a Percentage of State Spending

Another way of looking at the same issue is to analyze what share of public resources pension funds are consuming. Or what share they would be consuming if 100% of actuarially required contributions were paid each year.

Click Here to read the full State of Pensions 2021 report

Hawaii teachers’, public safety officers’, and public workers’ pension benefits are entitled to certain protections under state law and affirmed by court rulings. At the […]