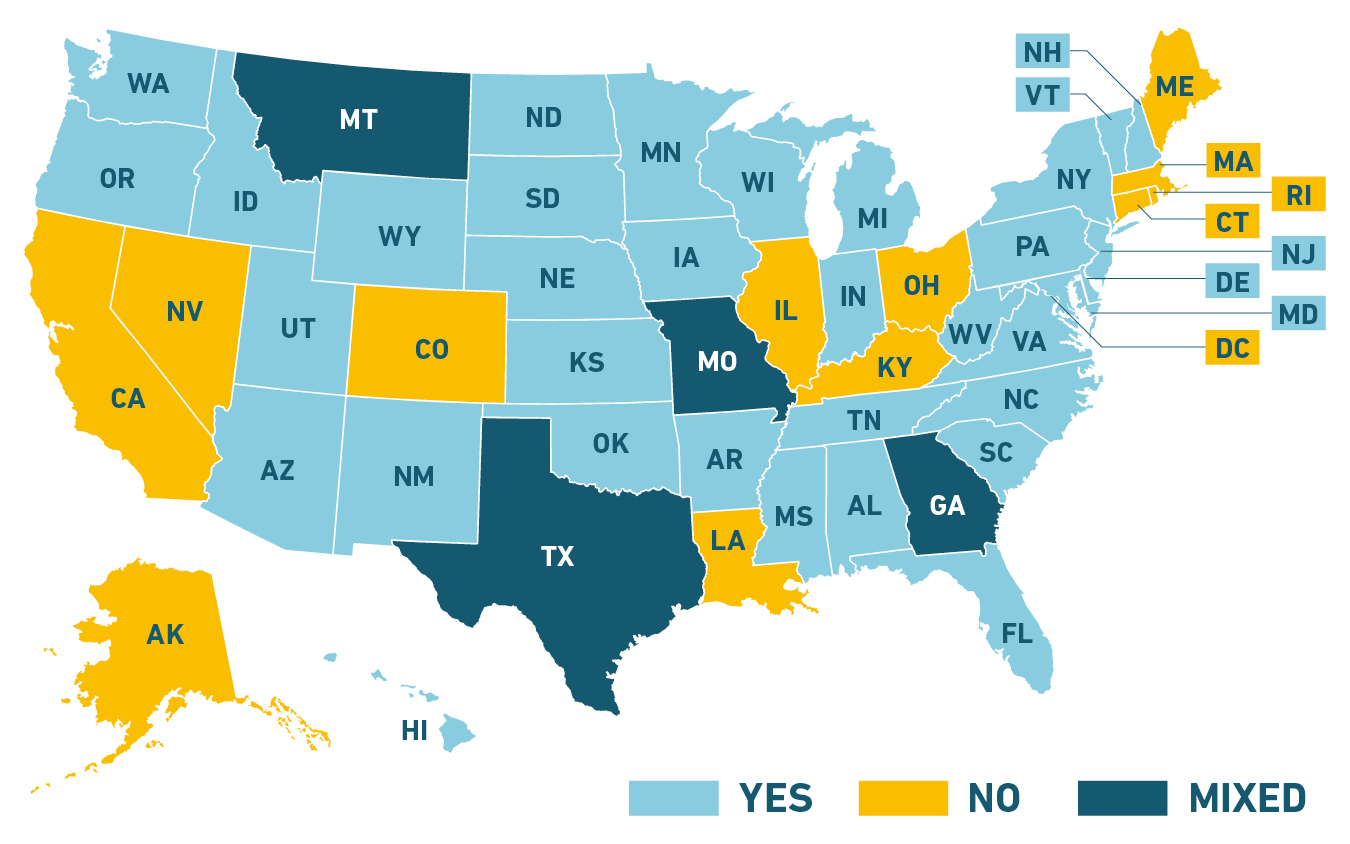 A map of the United States that shows where teachers can enroll in Social Security and teacher pensions. Light blue means yes, they can have both, yellow means no they cannot enroll in both, and dark blue means there is a mix.

More than a million teachers across the country are not able to enroll in Social Security and teacher pensions. There are 12 states that have totally opted out of Social Security. And another 5 states have school districts with mixed coverage (because some districts have opted in, and others have opted out).

Why? When Congress created Social Security in 1935, it excluded state and local workers because of constitutional concerns that the federal government could not tax states and municipalities. In the 1950s, Congress amended the Social Security Act to allow, but not require, state and local governments to enroll their employees. Most states opted in, but more than one third of the country’s teachers live in states that didn’t, resulting in their lack of coverage today.

Read more about why teachers do not have universal access to Social Security and teacher pensions at NPR.org and TeacherPensions.org

Note that the map above only reflects Social Security participation for teachers and educators. For a map of participation coverage for state, municipal, and public safety workers see here.

Measuring the Sustainability of Public Wealth in the United States

Missouri teachers’, public safety officers’, and public workers’ pension benefits are entitled to certain protections under state law and affirmed by court rulings. At the […]