New Hampshire teachers’, public safety officers’, and public workers’ pension benefits are entitled to certain protections under state law and affirmed by court rulings. At the same time, the state does have some legal precedent that allows them to change particular aspects of retirement benefits.

In other words, New Hampshire pension laws allow parts of public pension benefits to be changed by future state laws, but only certain parts of those benefits.

In the case of New Hampshire, state law allows the legislature to decrease cost-of-living adjustments for public workers. In 2008, they did just that, limiting COLAs to 1.5% on the first $30,000 of retirees’ annual pensions. Some public workers sued the state in an effort to have that part of the law overturned, but the Supreme Court ruled the COLAs were not were not bound that any contractual right promised by the state.

Changes have also been made to employee contribution rates — the Legislature in 2011 increased contribution rates for various professions. At the same time, it also increased the benefit calculation multipliers (the changes for which varied on the type of employee). Workers had sued to have that law overturned, but again the court sided with the state in saying the contribution rate was not a contractual right that couldn’t be modified.

What’s unclear is whether New Hampshire can shift workers’ vesting periods, because this issue has not been brought to court and there is no existing law explicitly prohibiting the change. 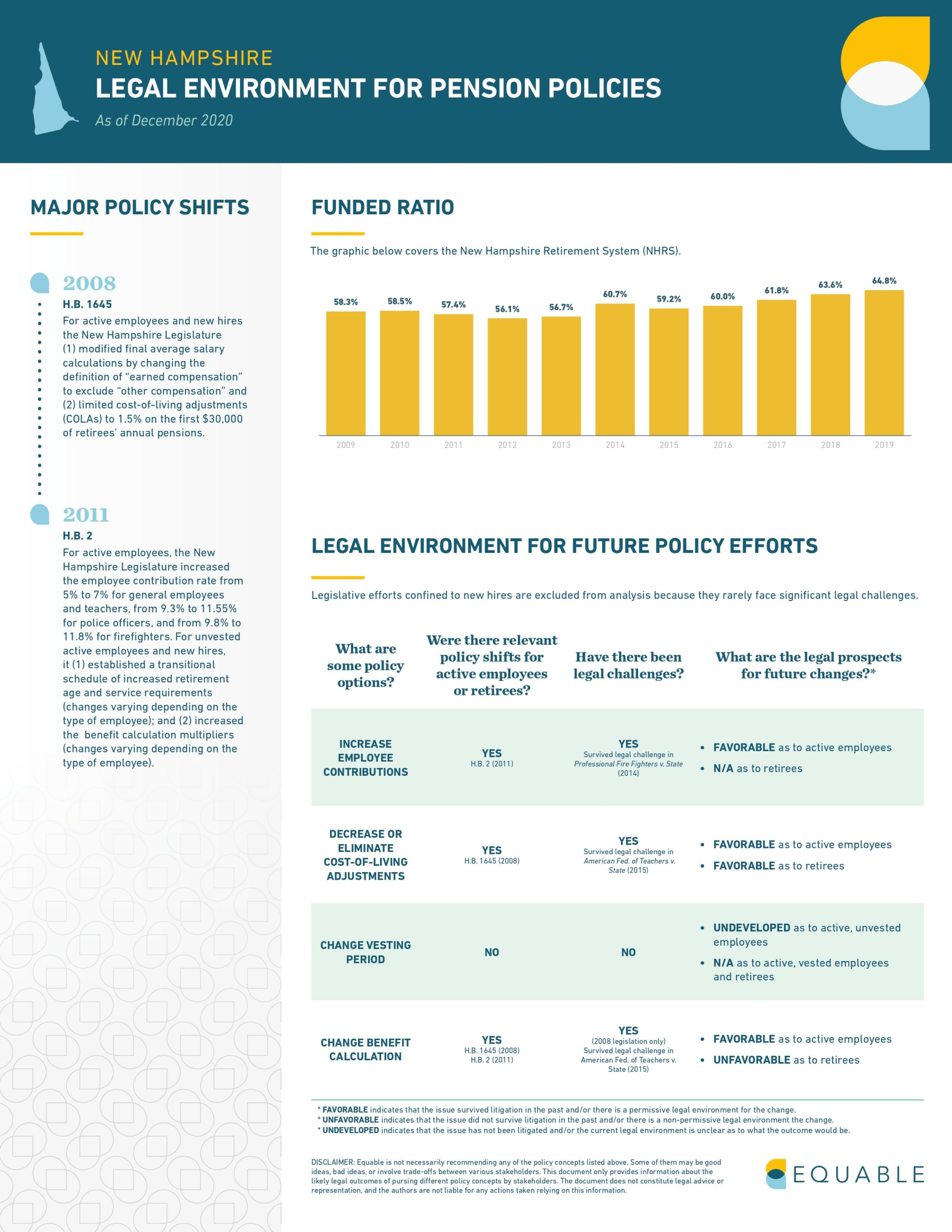 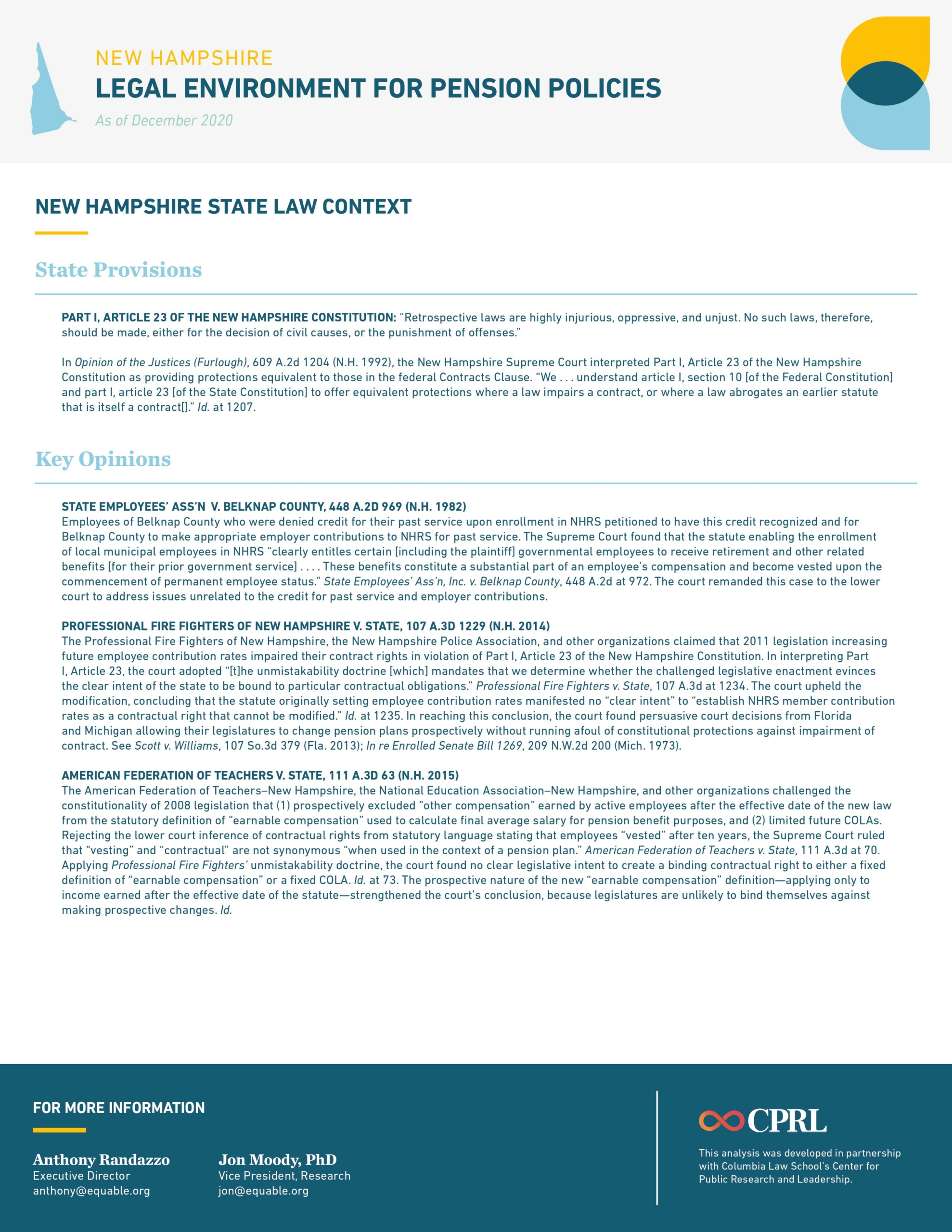 One of the primary factors driving state and local unfunded pension liabilities is the failure of governments to always pay their pension bills, known as […]

New York University (NYU) has issued a report saying the New York City Teachers’ Retirement System’s (TRS) funding concerns, which are being amplified through the […]