“The National Landscape of State Retirement Benefits,” a recent report published by Equable Institute, recently found that a majority of public workers are not on a path toward adequate retirement income, and only 11 of the 335 public retirement systems currently open to new hires are serving Short-Term Workers (those who will leave before 10 years of service) well.

For those who don’t have time to read the full report, here are some other key findings and insights:

The full 58-page report was launched alongside Equable’s Retirement Security Report—an interactive tool that evaluates the quality of retirement benefits offered to state and public workers. 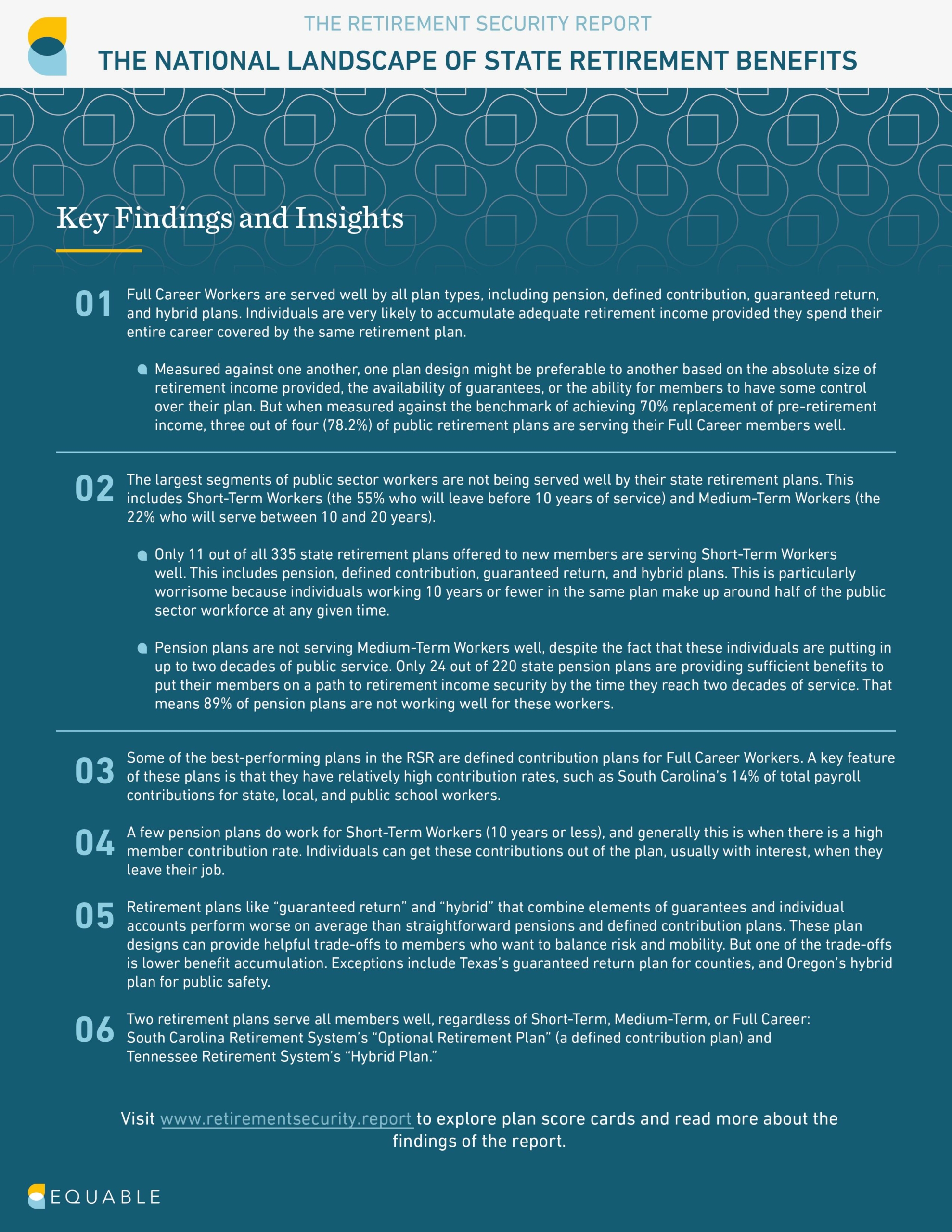 The California Public Employees’ Retirement System recently announced good news—it is lowering their investment assumption from 7% to 6.8%. Oh, and the nation’s largest pension […]

There were some positive steps taken by statewide retirement systems during the decade after the Great Recession. But the strides were not good enough. Most […]