While some states have laws forcing police officers to forfeit their pension if they’ve been convicted of a felony, Minnesota has no such legislation on the books—meaning Derek Chauvin, the ex-cop convicted of killing George Floyd, will get to keep his retirement benefits should he choose to do so.

A spokesman for the Minnesota Public Employees Retirement Association wrote in an email that all terminated state employees have two choices regarding their pensions. They may either get a full refund of their employee contributions and forfeit all future benefits, or start collecting monthly payments at their desired retirement age. The spokesman said Chauvin, 45, could start collecting a reduced benefit pension at 50, or full benefits at 55.

“If they take the monthly benefit at their retirement age, they will receive employer funded benefits,” the spokesman wrote.

Retirement officials didn’t say how much the former officer could collect, but CNN reported the figure at around $50,000 per year, not counting cost-of-living adjustments, meaning he could potentially collect more than $1 million over a 30-year period.

“The only exception to a member retaining benefit rights is in the case of a survivor causing the death of a pension plan member,” the MPERA spokesman wrote. “PERA administers the plan in accordance with Minnesota Statutes. Neither our Board nor our staff have the discretion to increase, decrease, deny or revoke benefits. Any changes to current law would need to be done through the legislative process.” 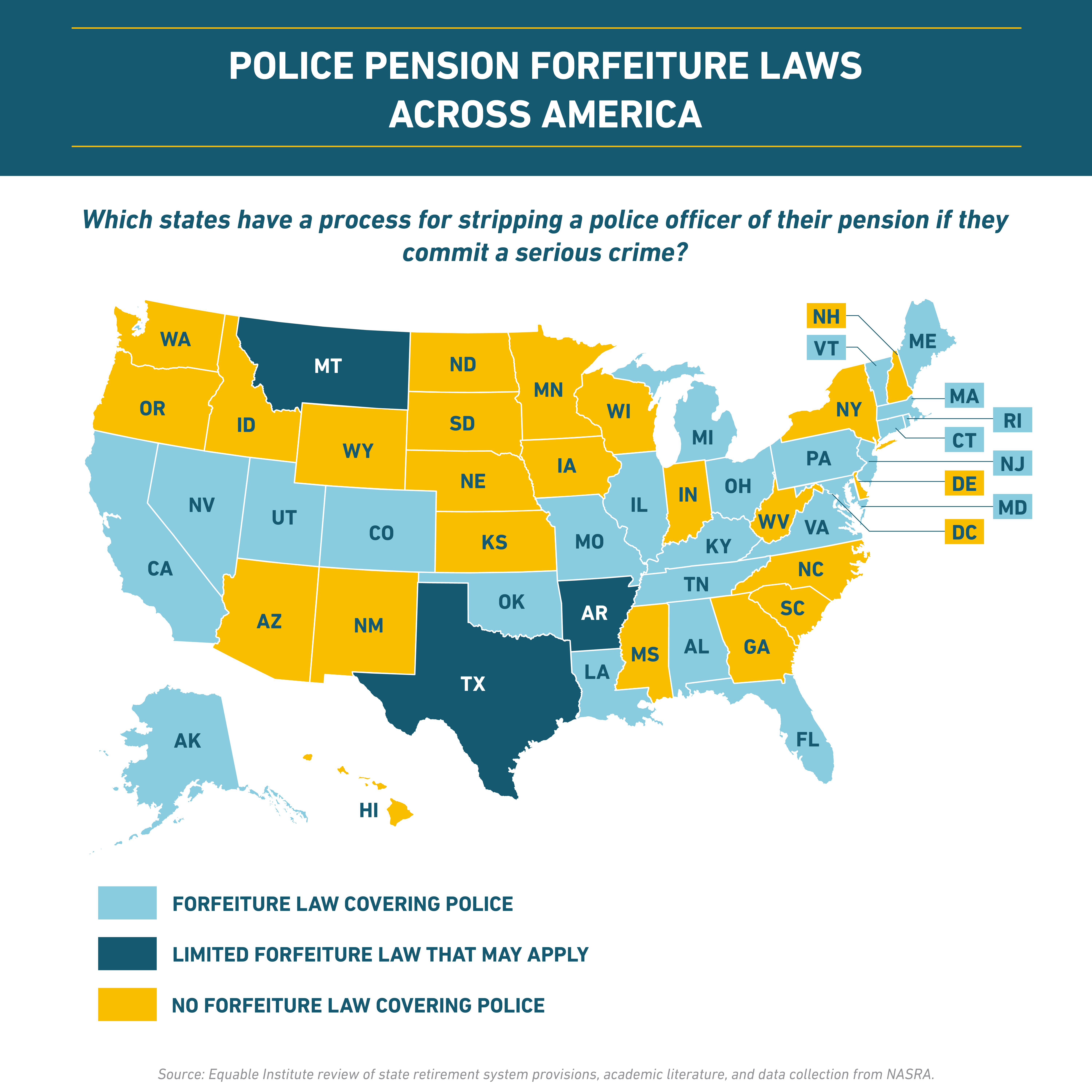 Kim Potter, the ex-Brooklyn Center police union president accused of killing 20-year-old Daunte Wright at a traffic stop, will also get to keep her benefits even if she’s convicted.

Only 23 states have laws that that cover police pension forfeiture if an officer or ex-law enforcement official is convicted of a felony or unlawful killing. The laws vary from state-to-state—some laws are only limited to on-duty offenses, others cover off- and on-duty actions. Some states automatically strip pensions from individuals under these circumstances, while others have judges order the pension taken away or require pension boards to hold hearings to consider taking the right to a pension away.

The Texas Teachers’ Retirement System provides benefits to more than 1.6 million members, according to its website. Here’s what you need to know about the […]