Wisconsin teachers’, public safety officers’, and public workers’ pension benefits are entitled to certain protections under state law and affirmed by court rulings. At the same time, the state does have some legal precedent that allows them to change particular aspects of retirement benefits.

In other words, Wisconsin pension laws allow parts of public pension benefits to be changed by future state laws, but only certain parts of those benefits.

In the case of Wisconsin, state law allows the legislature to increase employee contributions. In 2011, they did just that, increasing contribution rates to 50% of the total actuarially required pension contribution. Some public workers sued the state in an effort to have that part of the law overturned, but the court sided with the state.

Changes to workers’ cost-of-living adjustments is also statutorily allowed according to Wisconsin law.

Benefit calculations have also been changed. In 2001, the Legislature raised the retirement benefits cap from 65% to 70% of final average salary. Additionally, Milwaukee County reduced the pension multiplier applied to retirees’ final average salary used to calculate benefits from 2% to 1.6% for Milwaukee Employees’ Retirement System (ERS) active members and new hires in 2011.

What’s unclear is whether Wisconsin can shift workers’ vesting periods, because this issue has not been brought to court and there is no existing law explicitly prohibiting this change. 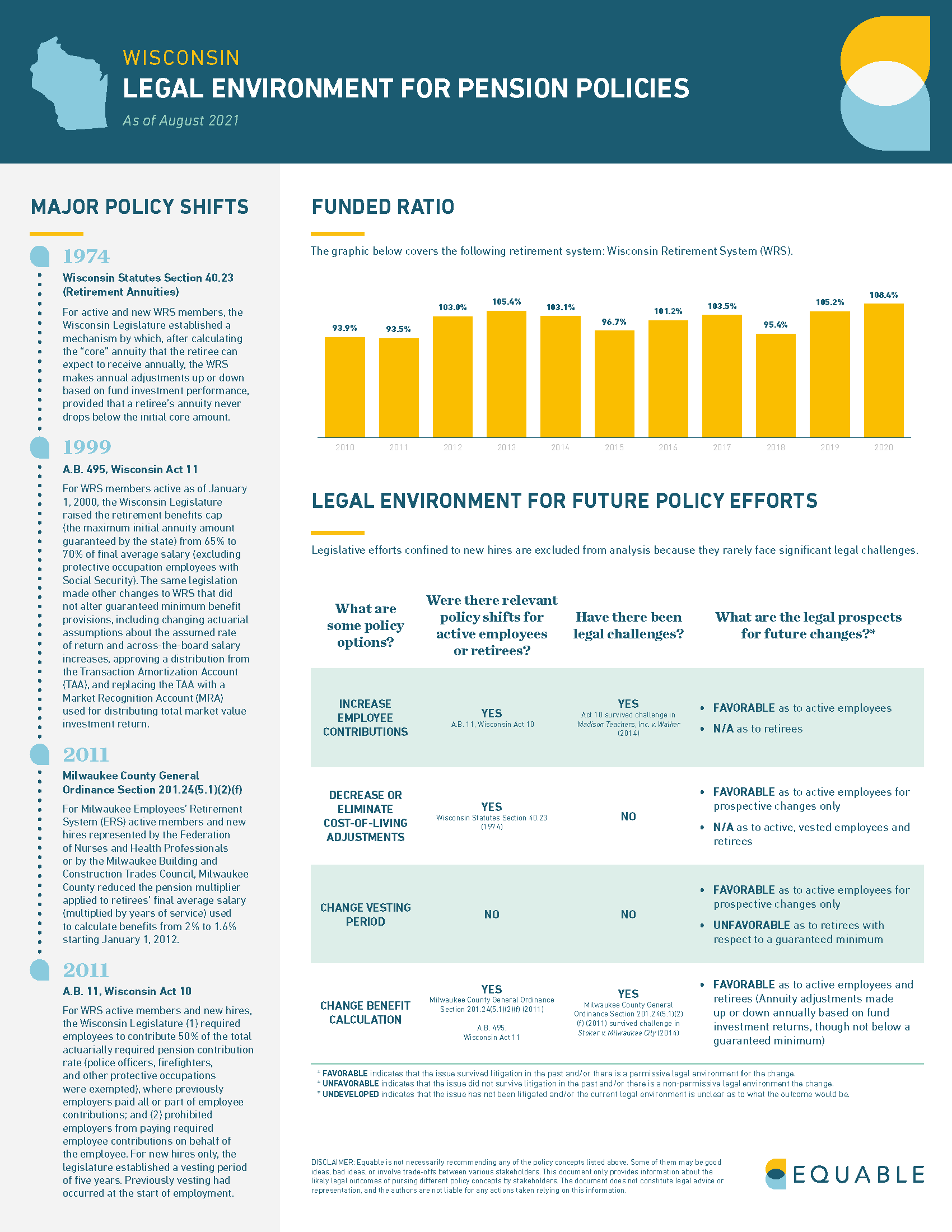 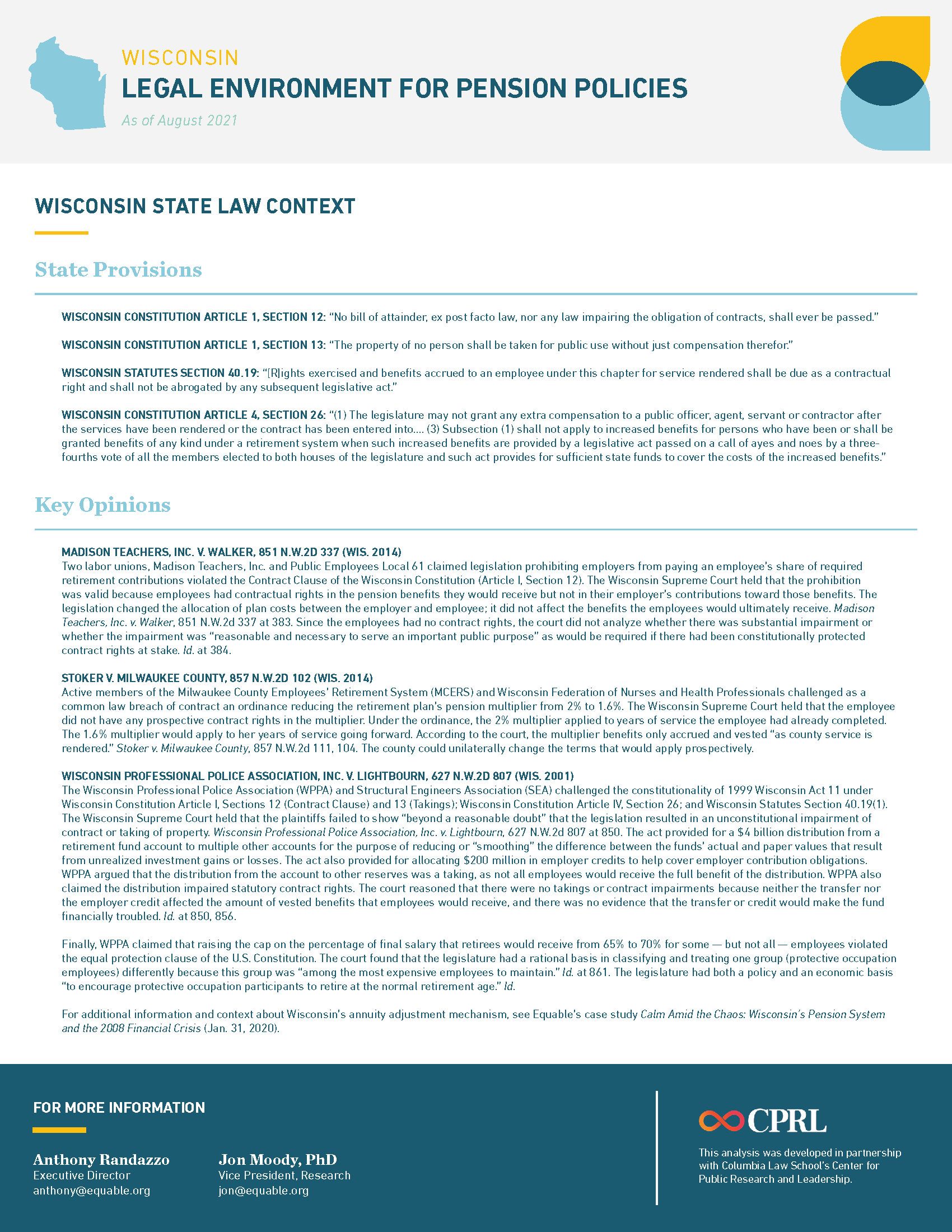 Retirement Security Report: Why the Metrics Are Important

Finances are not one-size-fits-all — there are many ways yours may differ from other individuals and households, and that makes grading the quality of a […]

More than a million teachers across the country are not able to enroll in Social Security and teacher pensions. There are 12 states that have […]