Florida Retirement System at a Glance

The Florida Retirement System provides benefits to more than 2.5 million active and retired members, according to the state’s Division of Retirement. Here’s everything you need to know about the system and the plans offered by it.

As of 2020, FRS offers two retirement plans: a Guaranteed Income Plan and an Investment Plan, similar to a 401(k) but without giving individuals the ability to manage their investments. Members are allowed to choose which plan they wish to enroll in, and there are some noticeable differences between them.

The vesting period for public workers in the Guaranteed Income Plan is eight years, whereas those in the Investment Plan only have to work for one.

Those in the Investment Plan can also transfer their service to a new plan if they move to another state, but anyone enrolled in the guaranteed income plan cannot.

Public workers enrolled in the Guaranteed Income Plan have to work 24 years before their pension is worth more than what they’ve paid into the plan. Most never make it to that point, though, as 58% of public sector employees will receive no benefits under the plan. As of June 2020, only 25% of Florida’s teachers and municipal workers work long enough for their pension to be worth more than what they’ve paid, and only 7% ever receive a full pension, based on teacher retention assumptions provided by the retirement system.

Roughly 70% of new public sector employees will not vest in FRS and 89% are not expected to work a full career.

Florida’s Retirement System has a $43.3 billion pension funding shortfall, also called pension debt. Unless serious funding improvements are enacted by the state’s legislature, it will take 26 years before FRS closes its pension debt. 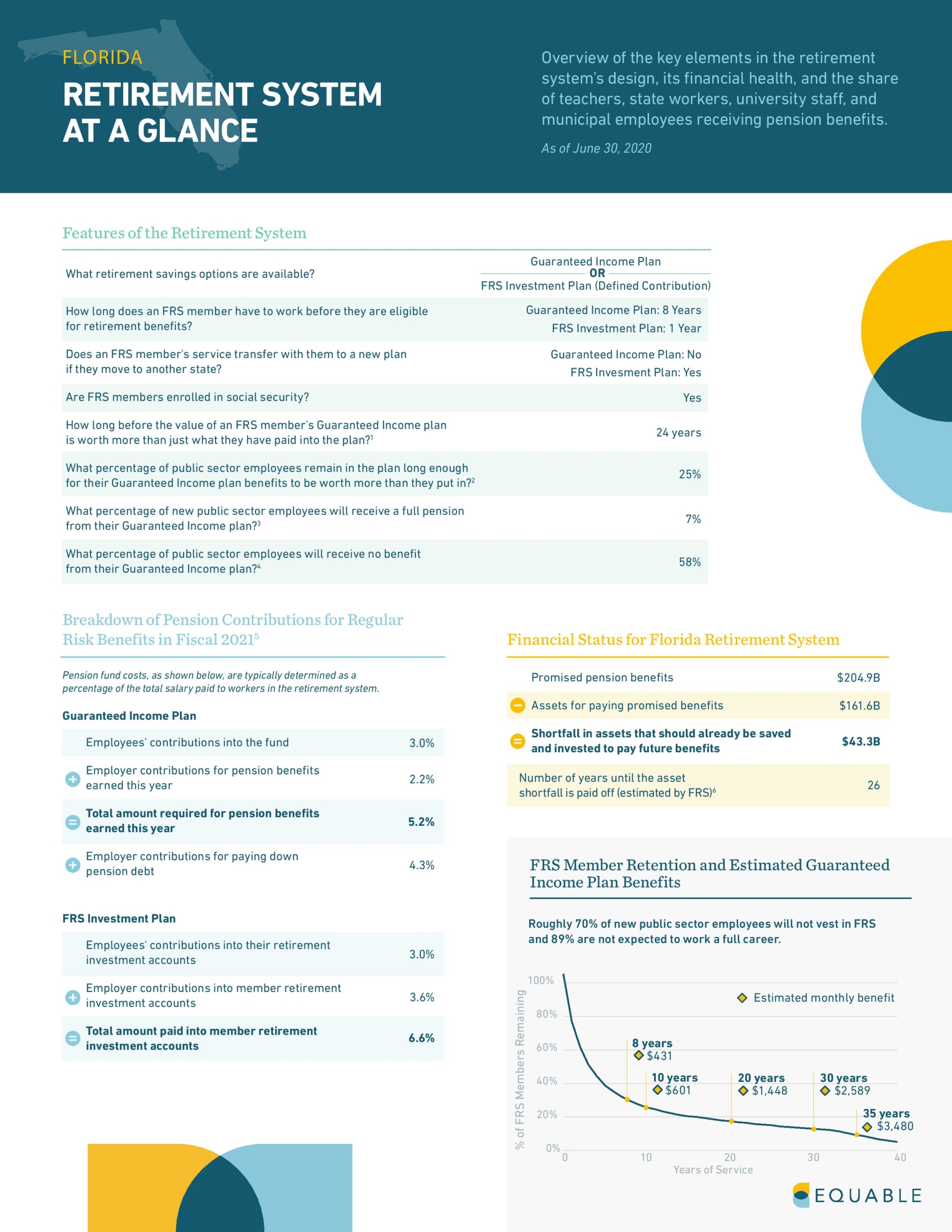 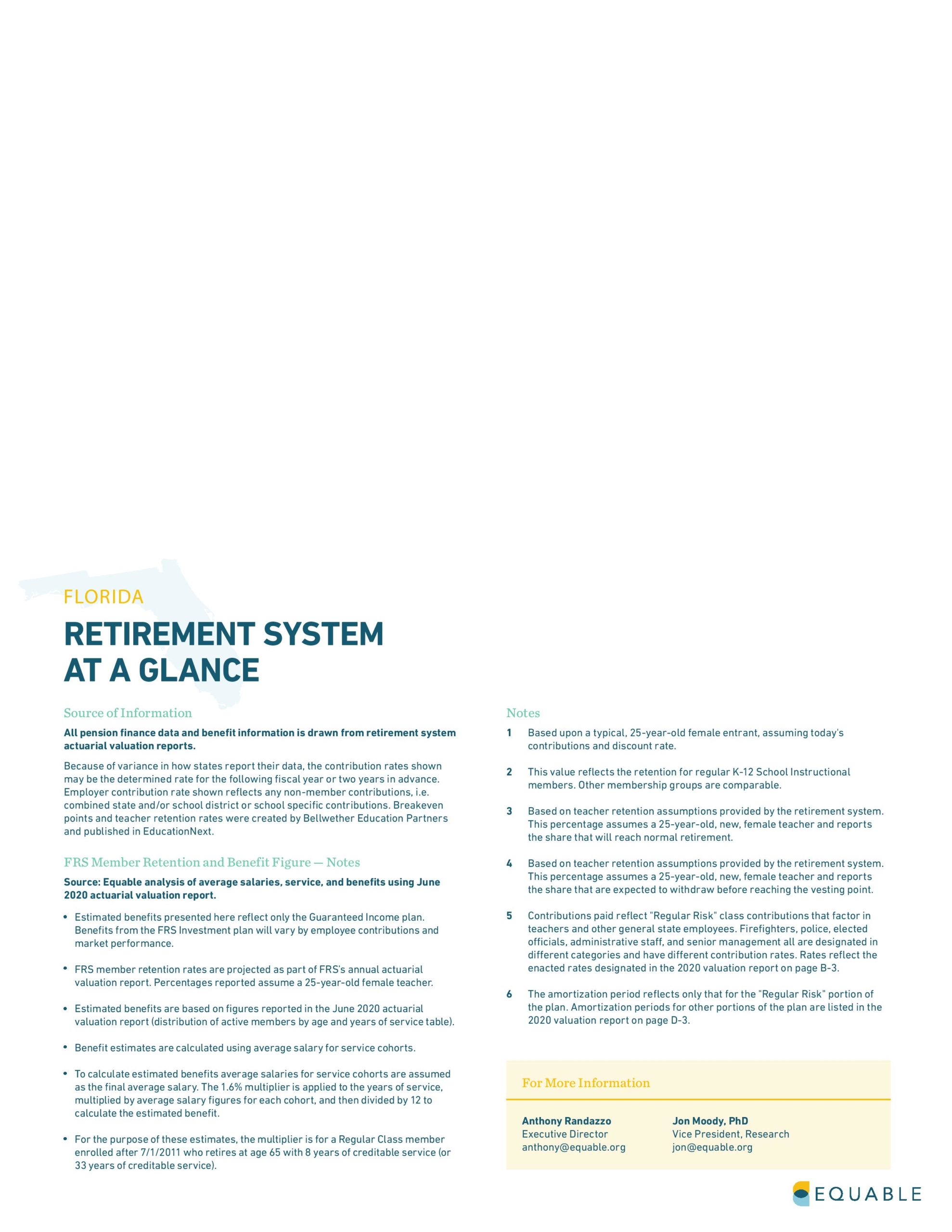 Download the report: Florida Retirement System at a Glance

Pension Funds Need to Meet Their Assumptions, Not Beat Their Benchmarks

Three recent news stories highlight the need to have clear definitions of what success looks like for public pension investment returns. The news articles pointed […]

A Pension Data Primer: What to Look for and Where

When conducting any analyses, the findings are only as strong as the data being used. This is especially important for policy research, as there are […]

State and local governments are on the hook to pay retirement benefits to public employees such as teachers and public safety officials. However, governments generally […]