Missouri teachers’, public safety officers’, and public workers’ pension benefits are entitled to certain protections under state law and affirmed by court rulings. At the same time, the state does have some legal precedent that allows them to change particular aspects of retirement benefits.

In other words, Missouri pension laws allow parts of public pension benefits to be changed by future state laws, but only certain parts of those benefits.

In the case of Missouri, state law allows the legislature to decrease cost-of-living adjustments for public workers. In 2013, they did just that, mandating that COLAs be 0% if the Consumer Price Index is negative; 2% if the CPI is positive; and 5% if it’s above 5%. Some public workers sued the state to have that part of the law overturned, but the court sided with the state.

Changes have also been made to the benefit calculation. Specifically, the Missouri Police Pension Plan for the city of St. Joseph in 1996 suspended its policy of including lump sum payments for accrued unpaid overtime and vacation pay, but the court ruled that those weren’t contractual benefits promised to the officers.

What’s unclear is whether Missouri can shift workers’ vesting periods, because this issue has not been brought to court and there is no existing law explicitly prohibiting the changes. The only exception is if statutory language is interpreted as establishing contractual rights. 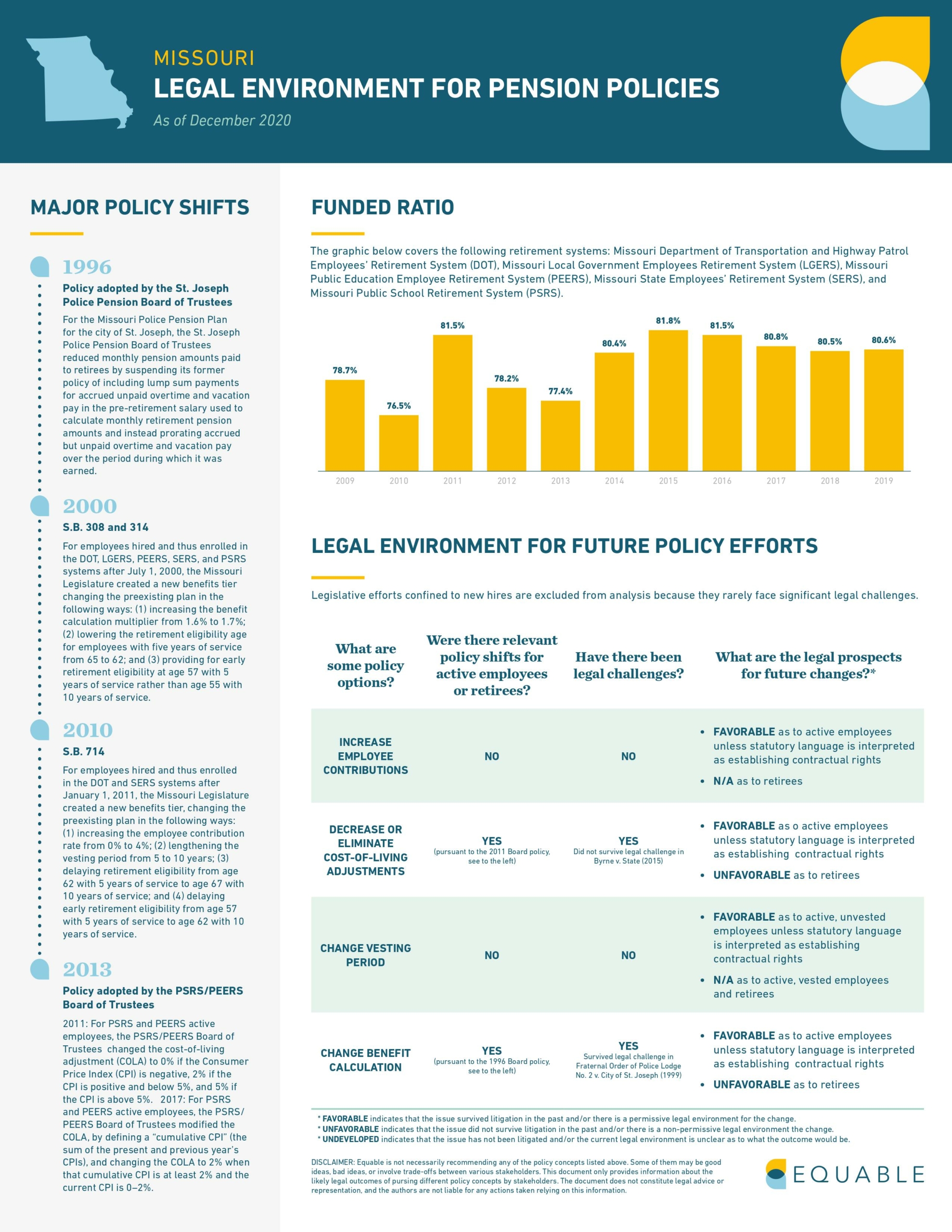 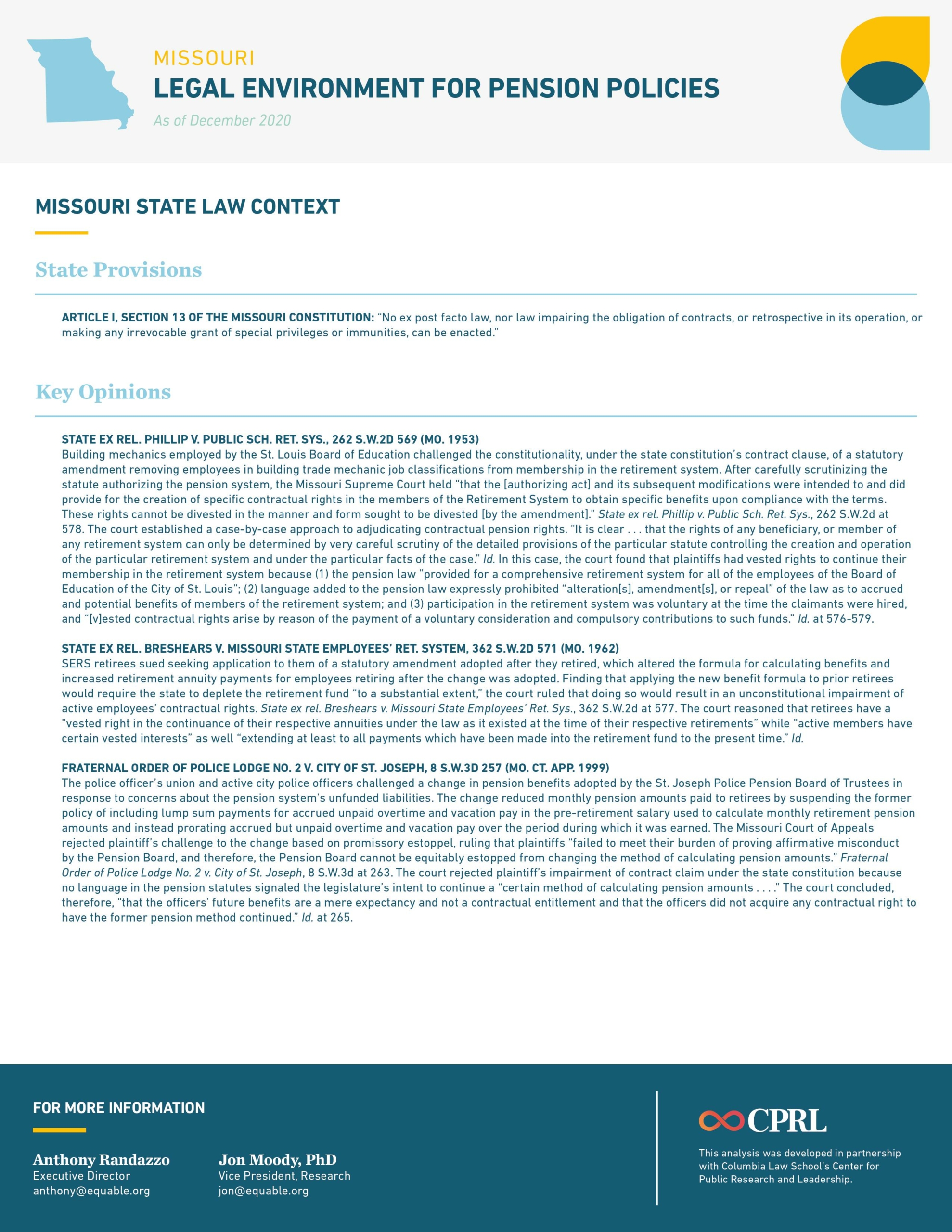 Louisiana teachers’, public safety officers’, and public workers’ pension benefits are entitled to certain protections under state law and affirmed by court rulings. At the […]

Alabama has made changes to retirement plan provisions for its Teachers’ Retirement System (ALTRS), as presented in House Bill 134, passed on March 31, 2022 […]

Investment returns make up more than 60 percent of the revenues that public pension plans need to ensure their financial stability, so it’s imperative that […]