The Arizona State Retirement System provides benefits to more than a half-million members, including more than 100,000 retired members, according to its website. Here’s everything you need to know about the Grand Canyon State’s retirement system.

Right now, the Arizona State Retirement System offers its members a Guaranteed Income plan. Unlike many states’ plans, Arizona’s public workers don’t have a vesting period — meaning they’re eligible to gain the right to pension contributions from their employer upon enrolling in the system. However, benefits and refundable contributions available to members will vary depending on a member’s years of service.

It takes 28 years before a public worker’s pension is worth more than what they’ve paid into the plan. As of June 2020, only 12% of Arizona’s teachers and municipal workers ever reach that point and 5% ever receive a full pension, based on teacher retention assumptions provided by the retirement system.

Almost 60% of new teachers, municipal employees, and state workers will not vest in ASRS and less than 2% are expected to work a full career. The majority of new ASRS members will not receive any benefits. Those who vest need to work 20 years to receive approximately $2,250 per month in retirement income. 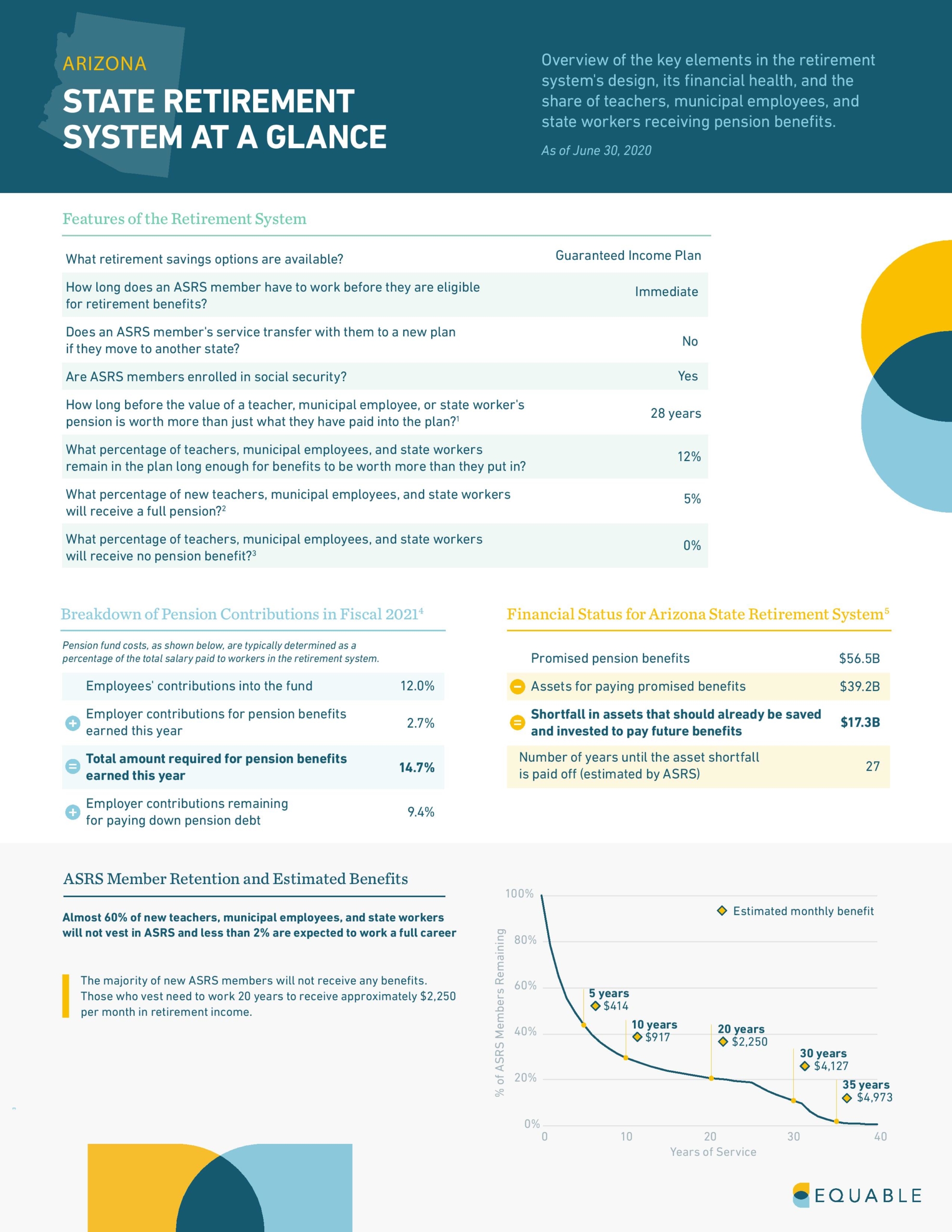 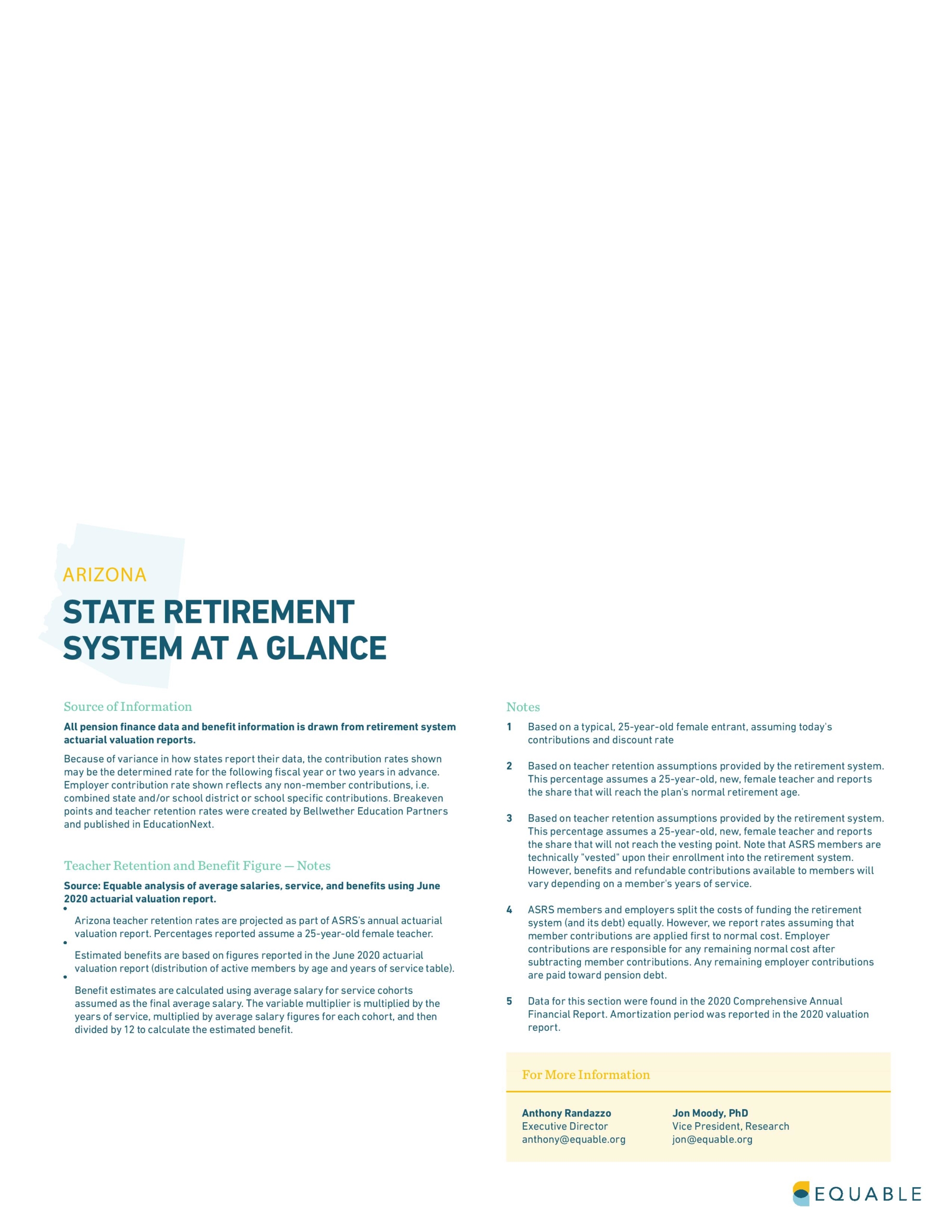 Download the report: Arizona State Retirement System at a Glance

Later this year, New Jersey will begin a planned lowering of the public-employee pension system’s assumed rate of return for its long-term investments. The move […]

“The National Landscape of State Retirement Benefits,” a recent report published by Equable Institute, recently found that a majority of public workers are not on […]

The Texas Pension Review Board Provides A Model for Nationwide Reform

Texas provides an example of how to exercise oversight of, and check poor decision making by, public pension plans. The Texas Pension Review Board (PRB) […]