Where Are State & Local Workers Allowed to Join Social Security? 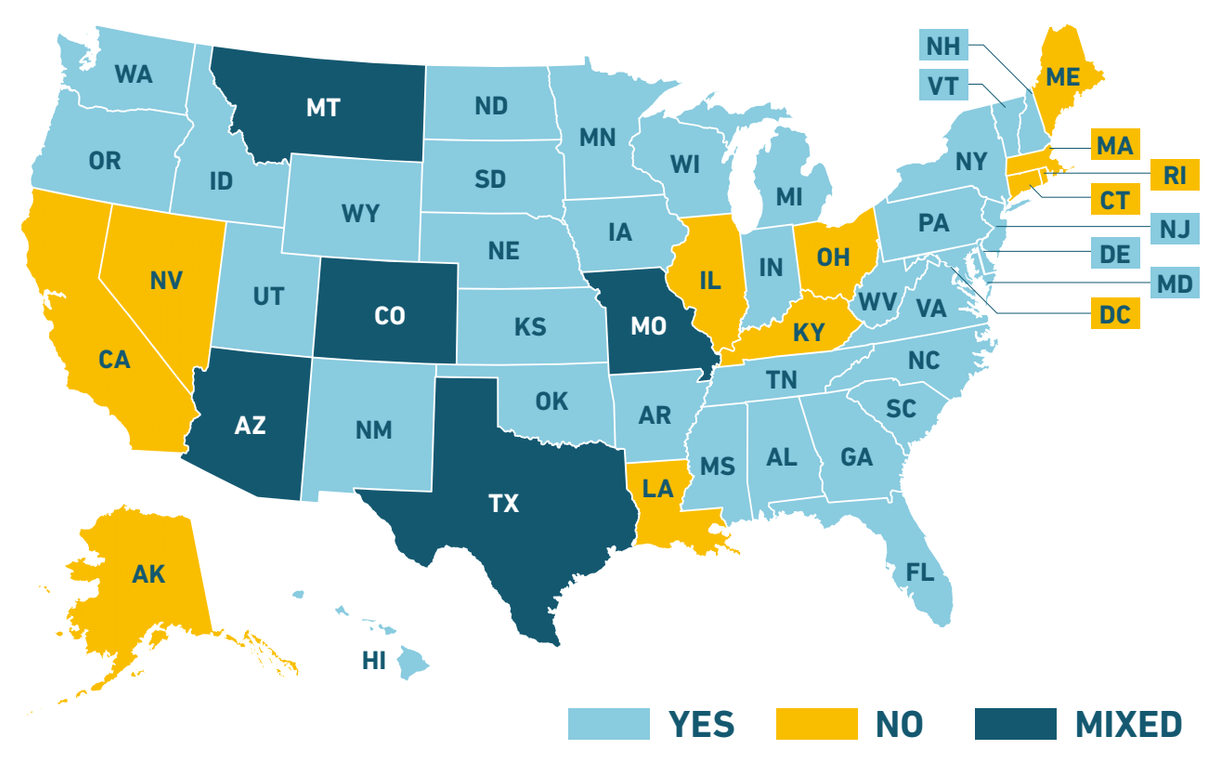 Millions of state agency workers, municipal employees, and police and firefighters across the country do not participate in Social Security. There are 12 states that have totally opted out of allowing state workers to collect both Social Security and a pension. And another 5 states have allowed local employers to choose whether or not they participate.

Why? When Congress created Social Security in 1935, it excluded state and local workers because of constitutional concerns that the federal government could not tax states and municipalities. In the 1950s, Congress amended the Social Security Act to allow, but not require, state and local governments to enroll their employees. Most states opted in, but some states didn’t and other states left it up to local employer units to choose participation, resulting in their lack of coverage today.

Note that the map above only reflects participation in Social Security and a pension for state, municipal, and public safety employees. For a map of participation coverage for teachers (which is slightly different) see here.

New Jersey plans to fully fund its pension system for the first time in 25 years with a $6.4 billion contribution, Gov. Phil Murphy announced […]

For America’s states and local governments to function properly and thrive — that is, to provide effective and efficient governance — the institutions within its […]