The average assumed rate of return for state pension plans in the United States is 6.9%, as of September 2022. The median is 7.0%.

There has been a slow trend since the financial crisis of 2008-09 toward lower investment assumptions from public plans. Assumed rates of return were averaging 8% when the Great Recession hit. In the past two years have fallen below 7%.

This is generally good news. Over the last two decades the single largest contributor to the growth in unfunded liabilities has been underperforming investments. That is, states, cities, and counties were assuming unrealistic returns on their pension assets and by extension weren’t contributing enough to pay for promised benefits.

The current average of 6.9% is still overly optimistic for state and local pension funds. However, that average is likely to continue declining in coming years. New York State’s Common Fund — which manages assets for state agency workers, upstate cities, and public safety — is the third largest pension fund in the country, and last year lowered their assumed rate of return to 5.9%. The nation’s largest pension fund CalPERS lowered their investment assumption to 6.8% in 2021, and internal advisors have said they should be targeting 6%.

Distribution of Investment Assumptions, as of June 2022

The figure below shows the current distribution of assumed rates of return for the top state and local defined benefit plans. 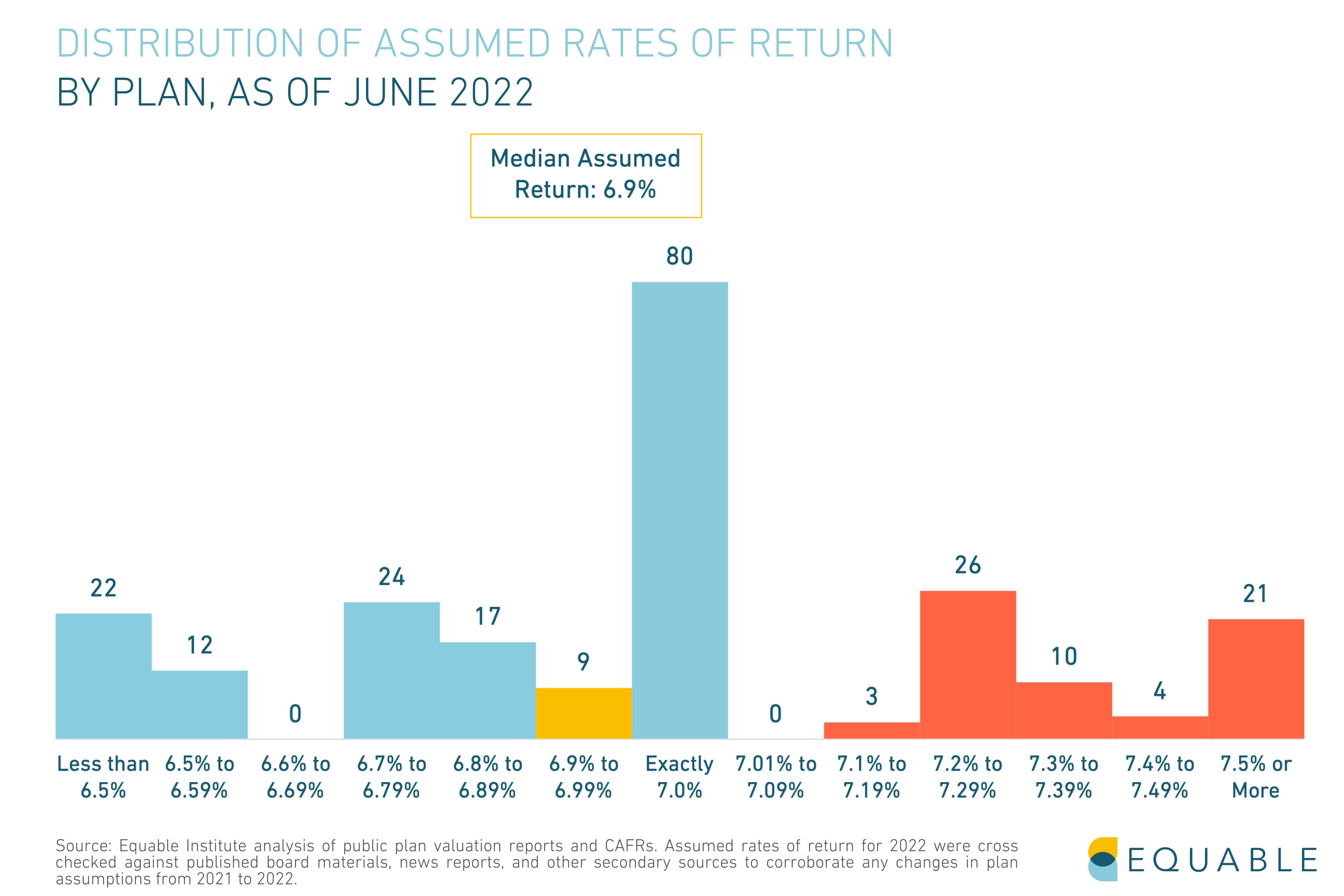 The following table provides a list of plans and their current assumed return. For an expandable table with data about previous assumed returns, investment management, and notes about known future changes, click here.

This table will be updated periodically as state plans announce changes to their assumed return via press release indicating that a board of trustees has voted to make a change, or when such a change is reported in a published actuarial valuation report.

What are the Historic Investment Assumption Trends?

State pension plans have adopted a wider range in assumptions over the past two decades. The lowest rate adopted by any plan open to new members is 5.25%. The highest rates currently used for a municipal plan is 8.25% (by Chicago Transit Authority) and for a state plan is 7.75% (by Mississippi). 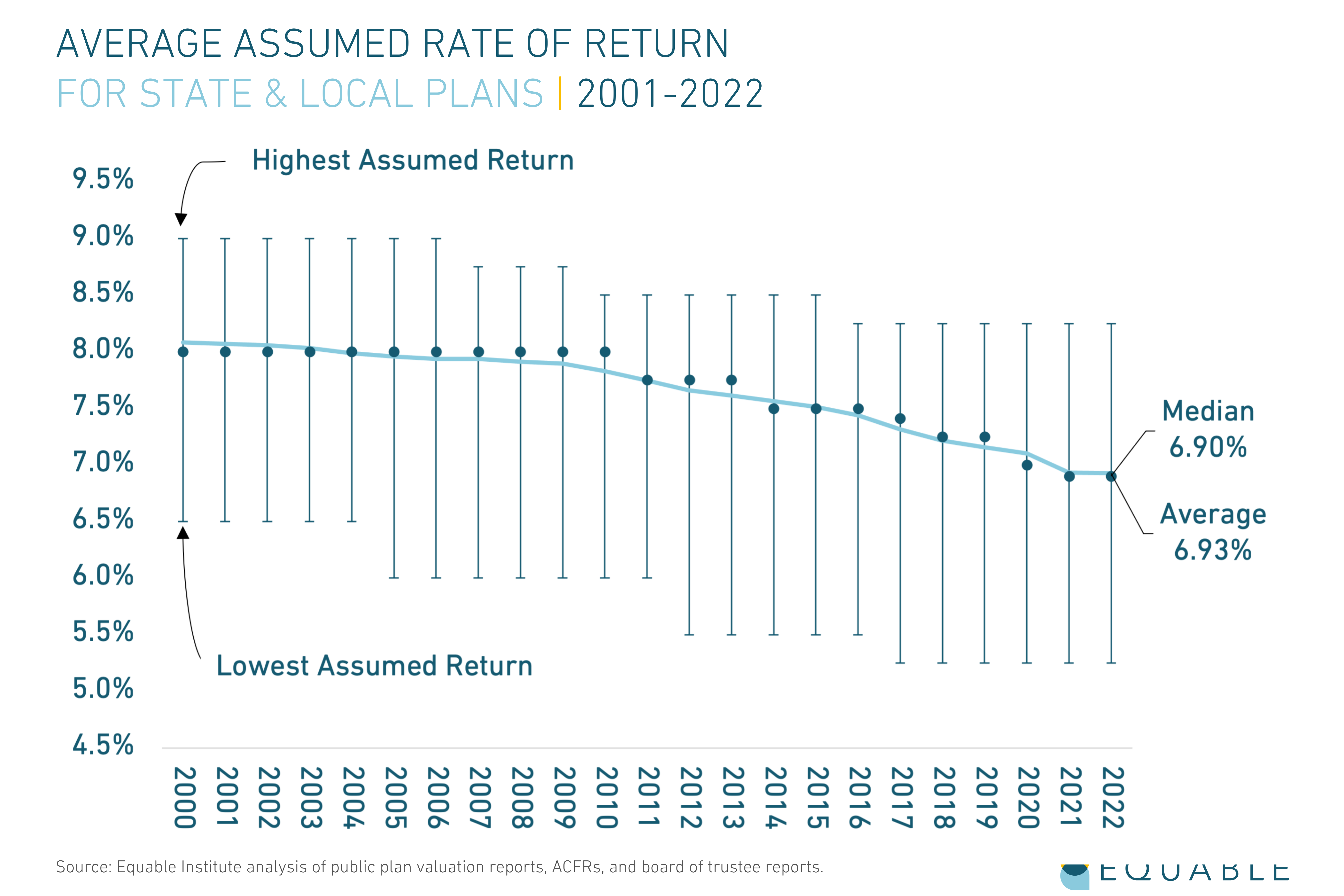 States and pension boards have been slower than they should have to reduce their investment assumptions. The growing gap between interest rates and assumed rates of return reflects as an increased amount of risk that pension funds accept. If assumptions had kept pace with declining interest rates since 2001, the average assumption in 2022 would have been around 5.47%. 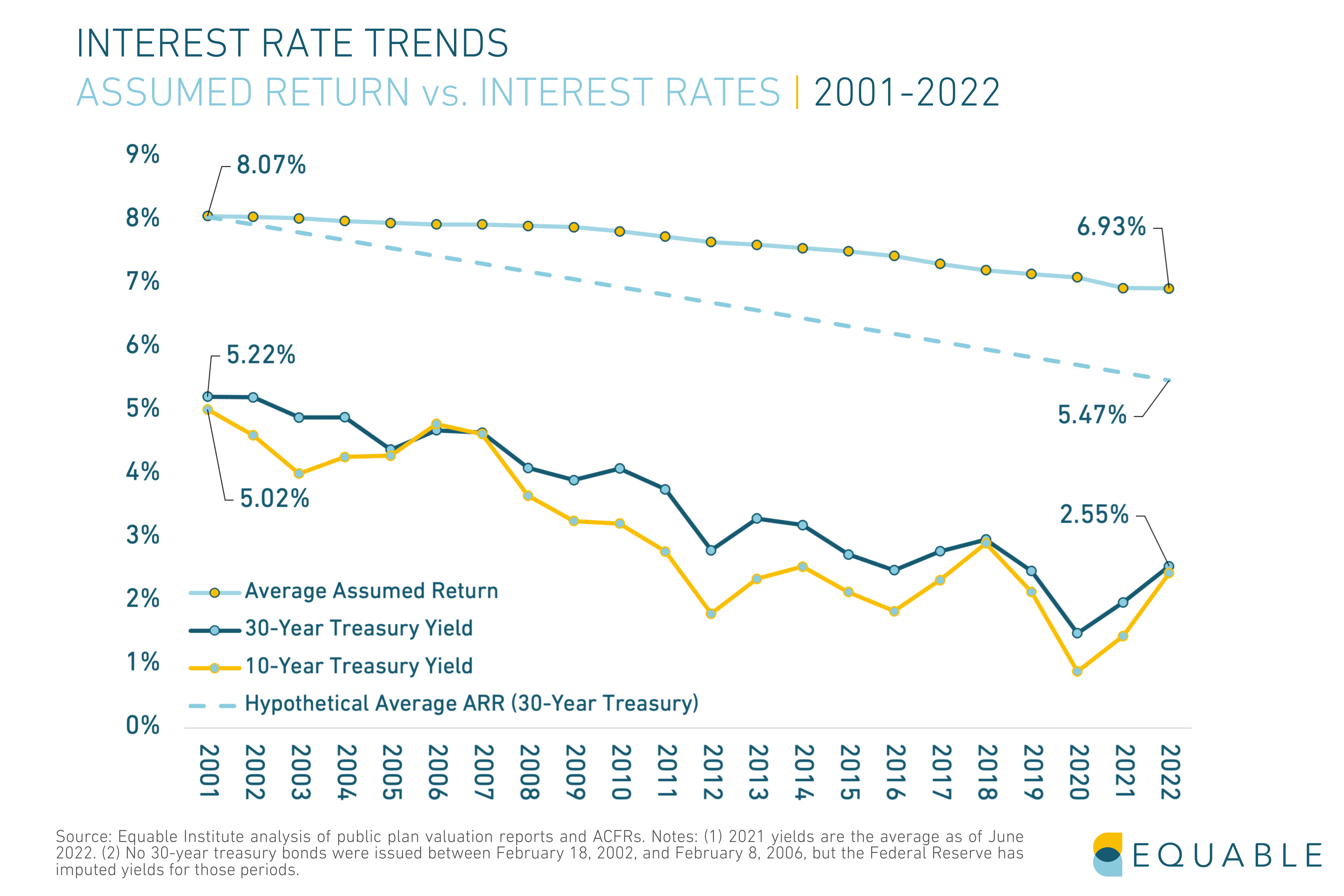 Why are Assumed Rates of Return Important?

U.S. public pension funding in 2021 experienced strong investment returns in the most recent fiscal year, but the funded ratio for most statewide retirements […]

Arizona teachers’, public safety officers’, and public workers’ pension benefits are entitled to certain protections under state law and affirmed by court rulings. At the […]